A peek into the world of writing

This blog is a special one for me. As a writer of over twenty years and a published author for thirteen years, I have met many writers whose goal has been to be published. When I was Writer in Residence at Vancouver Public Library in 2018, I met many wonderful writers who shared a love of story. I’d like to introduce you to a very special writer and her story of going from writer to published author. Her name is Kate Johnson. I had the opportunity to talk to her about her writing experience.

How did you get started writing?

I don’t think I took the most typical path to being a writer. I wasn’t always scribbling stories in a notepad or dreaming of writing. But I’ve always read voraciously, and I certainly have a vivid imagination. I think I’ve had the seeds of stories that could’ve easily become full-fledged novels at multiple points in my life, but I never had the confidence to commit them to paper. There was no specific event that made me think, yes, I can write a book, but these words from the poet Rainer Rilke gave me the confidence to at least call myself a writer: “If, when you wake up in the morning, you can think of nothing but writing… then you are a writer.” From there, I only had to open the page and start.

What was the inspiration for your story, and why did you decide to start writing it now?

My story was generally inspired by my love of history, but more specifically by the podcast series “Hardcore History” by Dan Carlin. It completely transported me into an ancient setting, with dramatic battles and brilliant generals, and even a few war elephants thrown into the mix! The drama was so high, and the consequences so grave, it seemed the perfect backdrop for an equally dramatic love story.

As I mentioned previously, I think I’ve had multiple sound story ideas throughout my life, so the “why this one” was really a matter of timing. I was in the middle of my PhD studies in Pharmaceutical Sciences at the University of British Columbia, and I was really craving a creative outlet. I love science and the academic environment, but it can be stifling at times. It felt like a privilege to sit down before work every morning with a cup of coffee and let my imagination run wild.

For me, the most helpful thing has been finding a writing community. Writing is by nature solitary, but sometimes we make it lonelier than it needs to be. There are lots of other writers out there struggling through the first draft of their debut, looking for beta readers, or querying agents. Sometimes just knowing you’re not going through the process alone can be very helpful.

I feel really lucky to have met Stella and participated in some of her programs through the Vancouver Public Library when she was their Writer in Residence. At that point I was right in the thick of my first draft, and I was thrilled they selected a romance novelist. The workshops she had lined up covered everything from pacing and character development to how to actually get your story published. It really was perfect timing for me, and Stella was so lovely and supportive. It was amazing to see how many other writers there were in my community.

If you don’t have access to that kind of support, there are also some very active writing communities online. There’s NaNoWriMo, a month-long writing blitz that probably has a chapter in your community. Or if you’re on Twitter, the #WritingCommunity is a massive and highly supportive group of writers; it’s a great way to network and meet people with similar interests.

What was your experience publishing your novel?

I didn’t even consider how I would get my book published until I met Stella. She ran a workshop that really helped demystify the process, and also prepare me for some of the more difficult realities. In short, it’s very hard to get your book traditionally published. Most people query dozens of agents before even getting a full manuscript request. From there, the road to one of the ‘big four’ publishing houses can be just as time consuming. I sent out a couple dozen queries to agents and smaller publishing houses that accept un-agented submissions with no luck. I was fortunate to have stayed in contact with my future editor, Paula, who I met through one of Stella’s workshops. She was very encouraging and helped me to continue to believe in my story. Ultimately, she suggested I submit to Bellastoria Press, an independent publisher whose authors she had worked with previously. I submitted, they accepted, and my book was on its way to being out in the world!

Let’s bring in Paula here, who Kate mentioned was a member of a workshop I hosted as the VPL Writer in Residence. Paula, what initially attracted you to Kate’s story?

Stella and I worked together for a number of years, and I was delighted to accept the invitation to her workshop. As Kate mentioned, we met at there in the fall of 2018 (pre-pandemic! Good thing…) In our initial interview, Kate and I discussed her manuscript, now titled Daughter of Carthage, Son of Rome. After that session, we kept in touch and I reviewed the story’s progress. When it was accepted by Bellastoria Press, an independent hybrid publisher, I was delighted to become her “official” editor.

So, what attracted me to Kate’s book in the first place and why did I believe it had publishing potential? Let me list a few factors (in no particular order).

In other words, I felt that this story has everything a great historical romance needs!

Daughter of Carthage, Son of Rome – Unexpected love in the midst of war in ancient Rome—a passionate story of conflicting loyalties, constant danger and fierce courage in the face of life-threatening risk.

Elissa Mago, a Carthaginian heiress, recklessly flees the prospect of a despised arranged marriage and arrives in Italy vulnerable yet defiant on the cusp of Hannibal’s audacious crossing of the Alps and invasion of Roman territory.

Marcus Gracchus, a brilliant and celebrated Roman Centurion, questions his own loyalty to Rome after his brother is murdered and he is ordered to serve under the leadership of the vindictive man who orchestrated his brother’s death.

A chance encounter thrusts the two together, first as captive and captor. But violence both on the battlefield and within the Roman legion eventually leads them into an alliance that is tested repeatedly by their ties to home. Ultimately, they must choose –their love for one another or their loyalty to their country.

Published by Bellastoria Press, the novel launches on April 23, International Lover’s Day, and is available for presale now. 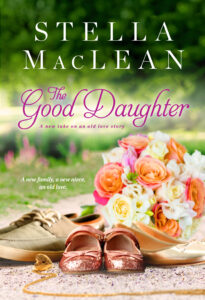